BIG ISLAND OF HAWAII – Rob Pacheco has a passion for the natural world of Hawaii. It is a passion that began almost as soon as he stepped off the plane here in 1990 and quickly realized that these islands contain diverse and unique ecosystems rivaling any place on earth.

Because of its isolation in the middle of the Pacific and its volcanic geology, Rob realized that Hawaii is a place unparalled for studying evolutionary biology, extinction, endangered species and conservation. It is a place where the fundamental lessons of creation and earth sciences could be seen, experienced and understood.

At the same time Pacheco, who had worked as a naturalist on the mainland, concluded most residents and visitors were only seeing Hawaii’s beautiful scenery and had little knowledge of Hawaii’s natural history. Pacheco decided to combine his passion with a vision: to share his passion for natural history with others and to help conserve Hawaii’s endangered environment by educating them about it. It was a vision that fit well with the growing worldwide interest in eco-tourism. Soon thereafter, and with the help of his wife Cindy whom he had met in Kona, the idea for Hawaii Forest & Trail was born.

One of the integral ideas the Pachecos instituted was to establish partnerships with private landowners that would allow tours to places with wild and remote native ecosystems that had been previously inaccessible. Hawaii Forest & Trail is one of the few tour companies allowed access to private lands and controlled-access wildlife refuges.

Since then he has  built up a team of guides with strong academic backgrounds in biology, geology, Hawaiian culture and history, and extensive natural history field experience. It’s not enough for the guides to simply “know things”, they must also have a real passion for Hawaii’s natural world and enthusiasm for sharing it.

Named “Entrepreneur of the Year” for Hawaii Island, the company continues to work for conservation with students in the schools, sponsoring free field trips, participating in tree planting and other community service projects and practicing their credo that “conservation begins with education.”

Today, Hawaii Forest & Trail is housed in its headquarters in Kailua-Kona, employs more than 60 people, operates and maintains a fleet of customized vehicles, sells outdoor and adventure gear at its retail stores. Even with this success, Pacheco remains quietly unassuming, his original vision and passion as strong as ever.

“Hawaii is a marvelous place for a naturalist to interpret,” says Pacheco. “The mystique of Hawaii, the essence of this place, a place that millions of people from all over the world love to visit, is found in the life of the land. Each day I am out in the field, Hawaii reveals a little more of herself to me; an experience I share with my guests. These encounters affect people in profoundly positive ways, and we believe that their lives are enriched by their experiences here.” 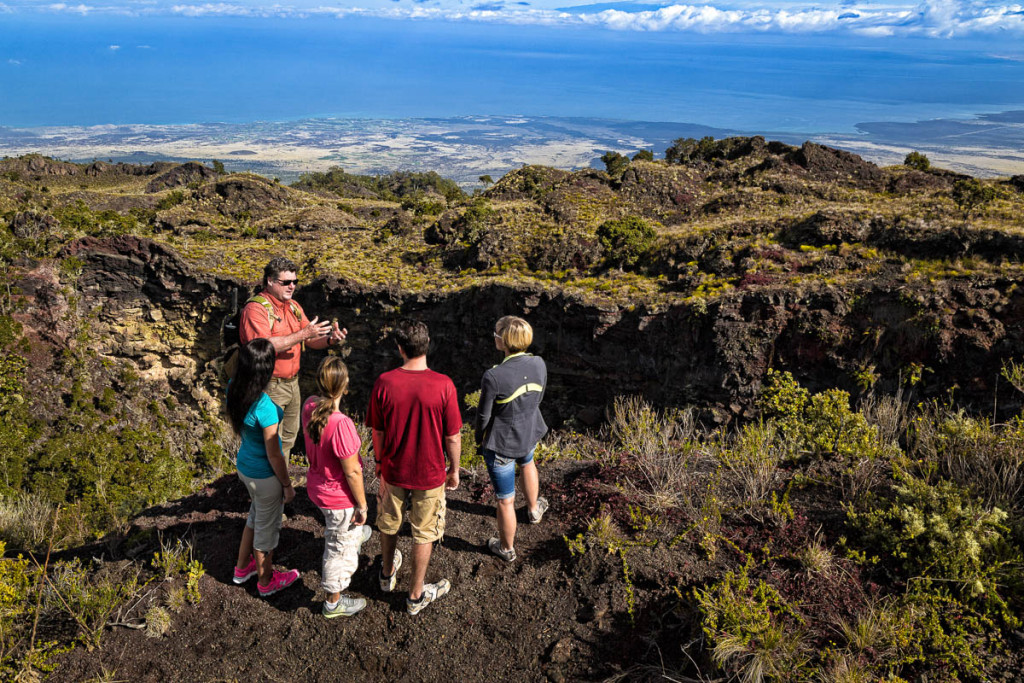 Our Most Popular Tour Experiences: